A Pain in the Poo Factory 06

A smiling Malaysian doctor looked down at me as she adjusted my oxygen mask.

“Do you know where you are,” she asked.

I was bathed in gentle morning sunshine on a lovely little palm-fringed beach on Xanadu. Olivia Newton-John cradled me in her arms, her eyes brimming with tears as she stroked my face and sang I Honestly Love You. But I wanted to tell her, You’re Not Actually The One That I Want.

“The southern hemisphere?” I replied, and I heard sniggering above a certain low-level urgent murmuring.

From just before the surgery, I had been lying down for more than 30 hours. The immediate trauma had passed and I had been keen to take a couple of steps. That’s what they said the Fast-Track program would do. Emma, the nurse, suggested she would lead me to the shower and I could get a wash and feel a bit fresher. It would be a first landmark in my recovery.

The shower was just 13 little paces away. But Emma’s preparation for this journey made it tantamount to an expedition to the Outback. She positioned a walking frame, brakes on; my deals-on-wheels positioned just-so; legs had to go here on the bed, and bottom to go there; stocking adjusted to allow me to go barefoot; any feeling of dizziness? Catheter secured. Roger that. Oxygen tubes out for the moment. Pain? Yes? Let your friendly local deals-on-wheels know; one two and three and I was on my feet, swaying gently in surprise as Emma held me upright.

I grasped the walking frame with the same distaste we saw on Vladimir Putin’s face when Tony Abbott grasped him during G20. Feeling alright? Any dizziness? Concerned etched on Emma’s face but I told her I was okay. For pity’s sake haven’t I gotten up out of bed a million times before? Baby steps, she said, and I did, but the world became a little heavier and greyer. Her reassuring words hung empty.

Our little expedition tottered towards the shower, and Emma eased me onto a wheelchair. But I knew I was in a hospital, and hospitals all have lots of sharp edges and grey surfaces, and countless forms to fill in and the hospital smells and antiseptic and infection protocols speak so sternly don’t they and blood is so red and all those long long corridors look the same and disappear into the distance. I became hotter and heavier and descended into a greying void. So it was nice when all that went away and I found myself on the beach on Xanadu.

The Malaysian doctor smiled at me and I sensed a murmur of voices and quite a crowd of people. I counted at least eight doctors and nurses in their snappy navy blue scrubs. Two doctors did things with the bed that caused it to lift at the end to elevate my feet. The shouted instructions lessened their intensity. The looks of concern leached away and I spotted some smiles.

“You passed out,” said the doctor. “Your blood pressure dropped dramatically. The nurses called up code blue. They got you into a wheelchair and out of the shower but your eyes rolled back and you became unconscious. An emergency response team turned up and two doctors picked you up and put you onto your bed. Do you remember any of that?”

No I didn’t. But I remembered spotting Cathy in the crowd of medicos, and that she was wearing a red top. I croak out words of confusion and disorientation and why did all this happen and this sort of shit never happens to me and sorry did I make a fuss and maybe hospitals weren’t such great places after all and could I maybe get back to Xanadu and this time with Cathy, no offence to the esteemed Ms Newton-John. The Malaysian doctor nodded.

Then Cathy really did turn up, and she was in a black top. She was startled to find so many people around me. Amanda told her what happened. Amanda was a researcher with the anaesthesia project and was tracking my response. She stood at the foot of the bed, gazed at me and grinned.

“Shouldn’t that be queen?”

“Are you a queen,” Amanda replied, looking pointedly at Cathy. Her shock had gone and she was now heaving with laughter.

The nurses and medicos drifted away. Emma removed my oxygen mask, my deals-on-wheels was restored, the catheter was re-hooked, water arrayed on the tray before me, and the bed elevated for maximum comfort. Maybe I was now off the Fast-Track Program, and onto the Gentle-Canter Program. Cathy sat close by, and held my hand.

Next time: The bullet holes 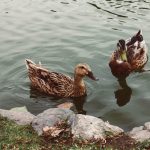 A tale of a dying man, troublesome boots and many a duck dive convince MICHAEL UNIACKE that lipreading just might be more farce than … END_OF_DOCUMENT_TOKEN_TO_BE_REPLACED