THE ART OF ABSORBING any sign language is not to try too hard. It’s best to let it wash over you, to allow yourself to see the flow, the full picture of face and movement. Being introduced to International Sign was not trying to learn a new sign language, because I wasn’t sure if International Sign was in fact a language. From the little I knew, it seemed like a hybrid, a blending of signs with some kind of system. Did that make it a language?

When I arrived at the Tradeblock cafe in Prahran in Melbourne, Susan Emerson greeted me warmly, and signed that Auslan was not going to be used. We would be using only International Sign. Oh shit, I didn’t sign back. Then it dawned on me: she didn’t seem to be using Auslan, yet I understood her perfectly.

In front of a few dozen deaf and hearing enthusiasts like myself Shirley Liu made it quite clear: International Sign was NOT a language. That was an excellent starting point for the “International Sign Taster” evening presented by Shirley and by Susan, from the Australian Sign Language Interpreters Association.

ASLIA’s Victorian branch combined with Deaf Victoria to present this event. In the community of the world’s deaf people, with its dozens of different sign languages, there are a couple of events looming, in particular the World Federation of the Deaf congress in Paris in France. Learning about International Sign makes a lot of sense for those planning to travel to Paris. For others like myself? I was curious. What would International Sign tell me about sign language?

My apprehension was in fingerspelling. When Auslan’s two-handed fingerspelling gets really fast, parts of my brain mercifully shut down and my comprehension flies out the window. The flapping fingers then begin to  resemble two obese Daddy Longlegs enjoying vigorous sex. Very old videos of sign language as used by deaf people in the first half of the previous century show a lot of fingerspelling. Some man in a hat and drab dark suit would be fingerspelling furiously, and all the deaf people around him would nod gravely in agreement. It looked like Martian. If ever sign language made an appearance in Star Wars, that’s probably how they would fingerspell, assuming of course that the aliens possessed fingers with which to spell in the first place.

Back to the point. International Sign uses fingerspelling, and worse, it’s just with one hand. Of course I knew that, and yes I could make the handshapes, especially on those odd occasions when I was holding something in the other hand. But the handshapes for A E M N S T and X sort of bunch the fingers into the palm of the hand. How on earth would I tell the subtle differences between each letter while reading back?

I once asked an interpreter about this. Her reply was unsurprising: “There’s no substitute for practice, practice and more practice.”

THE BEST PIECE OF ADVICE from Shirley was the simplest: have fun. And we did. We all paired off and exchanged simple questions and answers, like “where do you work”, “what do you do to relax”, “do you want to go on a date with me” and “what should be the Terms of Reference for a Royal Commission into the Water Buy-back Scheme for the Murray-Darling Basin”. At first, Jac, my signing partner, and I were somewhat frozen – we were trying not to use Auslan. But as we relaxed it became easier. And so in my response to her question, “what are you most afraid of”, I used my hand to imitate a five-legged spider ambling up my inclined forearm.

I actually don’t mind spiders, provided they stay high up on a wall or on the ceiling, quietly meditating on spiderly matters. As in any sign language, facial expression is critical. As I responded to Jac’s question, I thought of what I am really afraid of: a bowl of stewed prunes in custard. I’m pretty sure my face showed that. Because at that precise moment it was a lot easier to sign the concept of ‘spider strolling up a slight incline’ than the concept of ‘bowl of horrid wrinkled disgusting oval-shaped black things writhing obscenely in a foul swamp of fetid custard’. Mind you, with a bit of practice I think I could eventually do it.

That’s when it struck me: International Sign gives you free rein to convey meaning in the way you think best suits the occasion. Call it what you will – iconic signs, pantomimic gestures; you could take advantage of the moment by using what you judge is best from your knowledge of sign language. It was about releasing yourself, feeling free to use your body to convey what you want. Shirley was absolutely right: you can have fun.

Susan emphasised, too, that if you’re at a gathering of deaf people from all over the world and you’re not sure you’re doing it right, just relax. Most people around you will be feeling the same. Don’t ever hesitate to ask for clarification. They explained all this in signs that were not wholly Auslan, but made sense. If you have a base of a sign language, then you have a good foundation for International Sign.

ASLIA’s description of the evening as a “taster” was a good one. It suggested an event during which you could try and decide for yourself. You could spit it out, or you could scoop up another, larger helping. Thanks to the skills and the enthusiasm of Shirley Liu and Susan Emerson in showing us International Sign, it was obvious to me that almost everyone in that room would be going back for seconds. 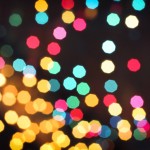 Booze, dope, maybe sex, can happen at a party. All quite normal things, but being deaf adds a certain frisson.   A PARTY is like a … END_OF_DOCUMENT_TOKEN_TO_BE_REPLACED