A forensic account of what goes on for the lone hearing-impaired person at a dinner party.

Part 1 – Before you even get to the table

You don’t press just the front doorbell. You press another button as you stand waiting to sense the light footfalls of your dinner party host coming to the door. You press the tiny button on your hearing aid to select a program. You press several times, straining to hear the slight bips; their numerical sequence tell you which of the pre-sets are selected – telecoil, music, background noise suppression, or what you call bog standard. BS means normal, as far as a hearing aid could ever turn deafness into hearing; it is supposed to give you a fighting chance as you joust with hearing people, as you are about to do at this dinner party.

The front door opens. It is your host, Alison, who greets you with a sequence of about half-a-dozen words, in a light sing-song quality. You don’t know what these words are, because she smiles so broadly it subtly distorts the way she moves her face. But she also speaks while the hall light is behind her, placing her face in shadow. However, this is an introduction, the first moment of what your instinct tells you is going to be a long night. But at least this first moment of a greeting is bound to be something like:

another couple of variations on a general theme called A Friendly Greeting. AFG is an example of what you call a vocabulary set. This is the list of words that are very likely to be uttered. Anticipating these words will help you hear, not because you heard them, but because you predicted what the other person was likely to say. Vocabulary sets have numerous subsets; AFG could be a subset under a larger vocabulary set called Dinner Party Arrival Sequences. The larger the vocabulary set, the more difficult will be your task. But the range in AFG is small, and from your point of hearing, quite easy.

It helps that you know Alison, too. She is short, with shoulder-length ash-blonde hair parted on one side in a curious 1970s fashion, but she carries it off well. She has a dark short-sleeved top above tight blue jeans. She was someone you knew from a writing class you’d undertaken, so you know something about how she talks, and this helps you predict the words she is likely to use. You smile, and proffer a bottle of wine.

Her smile widens, she utters another few words, accepts the wine, and reaches up and kisses you. So your ambient, multi-purpose reply is successful. Of the dozen words she spoke, not one made sense to you. Not one succeeded in its fraction of a millisecond journey from sound wave to electrical energy, along the auditory nerve to the brain for processing and analysis, to selection, crafting and delivery of a response to the speech centre. But you replied by means of an entirely separate communication system, one that you alone have crafted. And the night has barely begun.

Several things then happen simultaneously. Alison starts speaking again, while taking your arm, leading you inside, and turning away from you to close the door. You step into the entrance hall, aware of the pattern of the sounds of her words; they form a curtained backdrop to her greeting actions, her little welcome-to-my-house routine. On the couple of times you had spoken to her previously, you did talk about deafness; her eyes had widened and she had reassured you that she would be careful with how she spoke to you. You remembered thinking that that was a nice thing for her to say; but you also knew at the time of a certain pointlessness to her promise. She speaks like this now, while facing the door, as she glances at you and around the hallway, in the half light. You have not the ghost of a chance of deciphering her voice into words. You realise that she will not change, that she will always speak like this. The confirmation of your intuition, that this is playing out just as you feared it would, comes with a psychic crunch, and confirms your earlier instinct: it’s going to be a long night.

But you absorb what she might be saying as she moves in front of you along a wide passageway, of polished floorboards with a Persian runner, light-lavender painted walls on which are hung assorted photographs in frames. It’s in the way she moves her arms, making expansionary gestures that indicate and draw in the surrounds of her house. This is a new vocabulary set, called: My House. It comprises words like moved, walls, renovations. It’s a diffused and problematic set and Alison’s words, spoken not to you but to the front, are too far away to be deciphered. The only response you can give is to say:

This is suitably fail-safe and general, and of course it works. Alison halts in a doorway, reaches in and turns on the light. It’s a bedroom, nothing special, but it looks cosy and restful, with the centrepiece being a four-poster bed. You know Alison has a partner whom you are about to meet, and in your mind you ask yourself why she wants to show you the place where she undoubtedly has sex. As if she reads your mind, she suddenly laughs. She doesn’t cut it short, but it trails down in an insinuating burble. Laughter is harder to decipher, and you wonder what it is supposed to mean when the two of you face a large double bed with a doona and sheets in their curving drapes and folds and come-hitherness.

Alison continues to talk, flapping an arm at the general direction of the bed. It’s still the same My House vocabulary set, but the new subset here is: Our Bedroom. Normally this will have words like light, spacious, bedhead and railings, with perhaps extra words like east-west, alignment, and flows if the speaker has leanings towards hippiedom, for example. But none of the sounds she makes match any of these words. The laughter that lingers has thrown you off balance, and you for a moment you have no idea what Alison is talking about. The contrast between the way she promised she would speak, and the way she speaks now, is becoming higher and sharper. A small flare of irritation perks in your head. She has had enough opportunities to remember what she said she would do, and this is the moment to suggest that she turns and faces you when she speaks. But she suddenly snaps off the light, seizes your arm again and leads you into the large open-plan kitchen and dining room. Four people are sitting at a lavishly set table, and they turn expectantly to you. Unconsciously you reach again for your hearing aid. 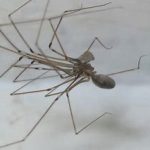 Thanks to spiders, stewed prunes and good teaching, MICHAEL UNIACKE enjoyed an excellent introduction to International Sign THE ART OF ABSORBING any … END_OF_DOCUMENT_TOKEN_TO_BE_REPLACED