The New Zealand Parliament had not seen anything like it. Early in 2012, as a newly elected MP for the Green Party of Aotearoa New Zealand, Mojo Mathers gave her maiden speech in the House of Representatives. Her words were conveyed by a New Zealand Sign Language (NZSL) interpreter to a deaf audience in the public gallery. At her conclusion, there was applause from both sides of the House, while deaf people in the public gallery gave the traditional deaf visual applause.

It didn’t finish there. Mathers, who was born deaf, asked the New Zealand Parliamentary Service for funding up to $NZ30,000 for electronic notetakers so she could follow proceedings in the House.

The Speaker of the New Zealand Parliament at the time, Lockwood Smith, at first declined the request. Pay for them out of your own budget, Mathers was told. Then following an increasing uproar, Smith said he had no authority to approve such funding as it was a “staffing issue”. Mathers pointedly said that Smith had admitted that an MP in a wheelchair would not have to fund modifications to Parliament to make it accessible.

There was also the not-insignificant matter of Article 29 of the United Nations Convention on the Rights of Persons with Disabilities, which New Zealand ratified in 2008. This Article upholds the rights of people with disabilities to participate in political and public life, “facilitating the use of assistive and new technologies where appropriate”.

After some weeks of manoeuvring, Mathers’ request was granted. Lockwood Smith, a veteran politician of nearly 30 years, was shown as out of his depth. For Mojo Mathers, it was a case of sticking to what she, and her party, felt was right.

“The level of general support was staggering,” she says. “My office was overwhelmed with messages of support, emails, letters, cards. Equally importantly there were numerous editorials and opinion pieces that were very supportive, and these came from high-profile people right across the political spectrum.”

And that wasn’t all. “Thousands signed a petition calling for parliament TV to be captioned. I know that the Speaker’s office was overwhelmed with emails.”

“This mass support from the public,” says Mathers, “was in my view instrumental in getting the Speaker to back down. However once the issue was resolved, we had no further issues.”

Mathers first stood as a candidate for the NZ Parliament in 2005, and was a strategic policy advisor for the Green Party since 2006. So political processes were not new. But as an MP who is deaf, it’s not easy to deal with parliamentary debates, party meetings, media interviews and constituency matters.

“The hardest part for me is the daily morning media call, which involves all MPs and media advisors. It runs from 8.30 to 9 am every week day, and is when the political and media priorities for the day are set and when the questions for the House are decided on.”

“If I am in Wellington,” she says, “then I scrape by using a combination of lipreading and the relay service. However the relay service is not able to accurately transcribe the very fast-paced discussion to a sufficient level for me to participate by phone during recess weeks.”

She says that for meetings with non-government organisations, businesses and so on, she makes sure she has someone with her as a notetaker.

Mathers’ emphatic entry into the House of Representatives, and her continuing presence in the chamber and in political processes, has forced a recognition and accommodation of deafness in a very public arena. She remains upbeat on the capacity of people to respond. From the point-of-view of the media, for example, she is certainly cut from a different cloth.

“Journalists vary immensely,” she says. “Many are proactive in seeking interviews and comments, and some have been very willing to try new technology, such as the captioned phone for radio interviews. Some will make the effort to visit my office for comment face-to-face.”

“Overall, attitudes and willingness to dealing with my deafness are better that I expected.”

However Mathers does not necessarily think that left-of-centre political parties are more receptive to difference.

“On an individual level, disability awareness and understanding seems to cross political boundaries among MPs,” she says. “One of the worse MPs I knew was left wing, while some of the right-wing MPs have been awesome.”

“Progressive parties have generally way better policies for the disabled, but most have a long way to go before they really practice the inclusion to which they profess.”

Mathers has parlayed her impact of deafness into a broader recognition of rights for people with disabilities, seeing similarities across issues like education and employment.

“It doesn’t make sense for the different disabled people’s organisations (DPOs) not to work together to challenge negative attitudes to disability,” she says.

“There is significant political strength on working together on common issues, and the DPOs in New Zealand are discovering this. I see my role as supporting all DPOs to become empowered, and to help them with advice around effective strategies for political lobbying.”

As a deaf woman with an oral education background, Mathers has usually relied on lipreading. However, in a presentation to a 2011 post-election conference, she reflected on her journey to an elected MP. She revealed that she had eventually rejected early political advice not to reveal deafness, and by the time of the 2008 elections, she was open about being deaf. While not successful then, she was gaining a higher profile with the Green Party.

“From 2009 onwards, I was approached by disabled people keen for me to become involved in the disability sector,” she says. “They recognised I had valuable skills as an activist as well as an important perspective of someone with a profound hearing loss.”

At this time, increasing numbers of people saw in Mathers a deaf and disability perspective that was missing in the political debate. “It is essential,” she says, “that society’s diversity is reflected in the House of Representatives.”

“I also recognised that if I was serious about being an MP, I had to embrace my identity as a deaf person.” Part of this is about beginning to use NZSL, which she used in her maiden speech to the House.

Mojo Mathers’ story is continuing. Many people come out of it well. She knows that a huge majority of people supported her. Journalists have adapted to what she needs. The New Zealand Parliament was at first bewildered, but adapted. Many supporters in her political party have never doubted her as a skilled and experienced operative.

Throughout her deafness and disability activism, she has remained as passionate as ever about environmental issues. As well as disability, her policy interests include women’s rights, rural issues, biodiversity, forestry and water, and animal welfare.

In an interview in the French disability magazine Yanous!, Mathers declared that she wanted to become known as an effective member of parliament and not just as ‘New Zealand’s first deaf MP’.That makes sense. There was a time to celebrate that, but politics is never static. Mojo Mathers gets on with the job, being as effective as she can be. 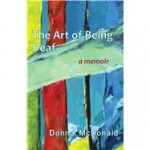