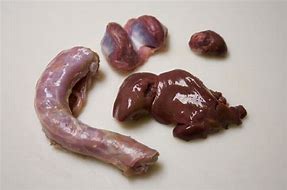 The online insults anonymous keyboard warriors hurl at Deaf people are not really about deafness.

If you are reading this now, hands up if you think there is nothing particularly wrong with being Deaf. Or if you think a lack of interest in a cure for deafness is perfectly reasonable. Or if you think attitudes to Deaf people do a lot more damage than the simple fact of deafness.

Well, this is what a few hearing people think of you:

According to these people, you are also:

There’s more. You are also:

You are all hysteria-mongering giblets

Collectively, you are all a group of nutters, and for my all-time favourite, you are all hysteria-mongering giblets. Your attitudes are Luddite and dangerous, you are completely selfish, and when you were born, your parents were not married.

All right, I made up that last one about your parents, but not all the others. They are real comments made, almost certainly, by hearing people, and perhaps even by hearing-impaired people who believe they have “conquered” deafness. They were online comments in response to a rare newspaper story that argued a Deaf point-of-view.

Mind you, this was a controversial story. It told about a Deaf English couple on an IVF program who wished to select an embryo carrying genes causing deafness. The obvious ethical dimensions became lost in fireworks of colourful insults on the online comments, especially when Deaf supporters waded in to try and explain the chain of reasoning.

In another example, such attitudes re-surfaced in the online comments in a story in late 2011 when Queensland educator Dimity Dornan was alleged to have described deafness as a “scourge”. Here, the attacks on Deaf people came about as an appalled response to the idea that anyone might not actually support Dr Dornan and her work.

During the 1980s I wrote an opinion piece in which I argued that the marketing of the cochlear implant was doing a lot of damage to Deaf people because it portrayed them as helpless and doomed to a world of silence. One appalled comment I received was:

Why has Michael never bothered to learn to speak?

My first response at the time was to burst out laughing. My second response was utter astonishment at the multiple assumptions behind that question, assumptions that packed the rich diversity and paradoxes of deafness into several neat and orderly little boxes. My third response was bemusement that this commentator made no attempt to respond to what was merely my opinion.

Taken together, all these comments emphasised absolutely that to be deaf was to be disabled. Commentators regarded this as so obviously true, and so obviously has been always true, that there was no point in even having such online discussion. Why do you think you have two ears? Are they something on which to hang your glasses? The exasperation of these commentators came through with the number of times they shouted: deafness is a disability, that is a FACT, and stop pretending otherwise.

Hearing is good. Deafness is not hearing. Therefore deafness is bad.

It isn’t so much deafness that scares such people; it is new ideas, or in particular, new challenges to accepted ways of thinking. The idea of deafness as an inferior state of being has been entrenched for centuries. Until recently, this view was largely unchallenged. So when there emerges an alternative way of thinking about deafness, it is quite shocking.

These were the responses of a very few scared hearing people to the news that deaf people sometimes come up with new ideas or new ways of looking at things. Such commentators turn their fear into abuse and name calling. Their fear is not so much about deafness but about very new ideas, about a new way of looking at the world, about a sudden challenge to what had always been accepted wisdom. They will not change and there is little point Deaf people responding to them.

Deafness is a very tiny shrimp

Why does this happen? Firstly, deafness is a comprehensively unknown quantity. The community of Deaf people, their attitudes and their approaches to the wider hearing population, make for a very tiny shrimp in the vast heaving ocean of news, politics, sport, opinion, entertainment celebrity gossip and social issues. The profound changes over the past few decades, for example the increased status and visibility of Auslan, are barely a blip on the radar of newsworthiness. When deafness does appear, it is mostly through the lens of what we might call “hearing values”, which reflect the wider world: success in “curing” deafness, the ability to speak, or advances in research.

A second reason is simple and personal. By far the best way to learn about deafness is to talk to Deaf people, whether they speak or sign or do both. And that becomes tricky. Where do you find them? And more to the point, why should hearing people bother? I could equally ask myself, I want to learn about homelessness, so I should expend time and effort to find and talk to homeless people. But what about people with epilepsy? With diabetes? Refugees? Black people? Travellers? (We used to call them gypsies.) In such a busy world, why should I bother?

As Shakespeare might have commented, “aye, that’s the rub”. Learning about the wider world is certainly a bit of a bother. It starts with an attitude of a willingness to listen, to be open, and to learn. And coming back to deafness, that is for me its rich appeal. So wholly unknown, and so misunderstood is deafness, that it sensitises me to what else is going on in the world. Yes, it is a bother to learn about deafness, and that’s why Deaf people need to tell their stories.

Michael Uniacke is a proud hysteria-mongering giblet who frequently writes on deafness and hearing impairment.

Is there any connection between the recent Invictus Games, and disability, and deafness? Not much, writes MICHAEL UNIACKE. AT FIRST GLANCE, it's not … END_OF_DOCUMENT_TOKEN_TO_BE_REPLACED