If FaceBook was around 100 years ago, it might have sounded very similar to the cheerful little newsletter put out by the Adult Deaf and Dumb Society of Victoria.

We enjoyed a visit from Mr M. Uniacke last week, looking quite the picture of health. He has been busy on his acreage near Castlemaine, where he reports a decent spell of weather. He sends greetings to his many friends.

Over decades from the early 1900s, there were many hundreds of these cheerful messages that appeared in the social pages of the Adult Deaf and Dumb Society of Victoria’s regular newsletters. This little paragraph captures something of the style what appeared in ‘Our Little World’, as they called the social pages of Our Monthly Letter. If there was such a thing as FaceBook in the 1920s and 1930s, minus the hi-tech trappings, this is how it might have read.

These social pages were a constant feature of the newsletters. Editors, formats, and committees of all descriptions may have changed, but the social pages did not. They told of Deaf people on holidays, visiting relatives, on the mend after an injury or recovering from a short stay in hospital. There were short lines about Deaf persons searching for work, gaining jobs in a trade or with a works authority, enjoying a motoring trip and the occasional purchase of a motor-car. Many paragraphs were given over to sports results, and the cheery social notes included references to Deaf people trying out for lacrosse, tennis, hockey and cricket teams.

Any FaceBook feed today describes events and socials that people say they’re attending; it was just the same many generations ago. The newsletters tell about an incredible number of parties, socials, rallies, soirees, picnics and an occasional banquet. The newsletter reports these in ways similar to a FaceBook post: hearty applause at the speeches and toasts, everybody had a great time, and many thanks to the organisers.

Diligent work, sober habits, simple virtues, worship of the Lord, and dedication to family are all the hallmarks of ‘Our Little World’. In their introductory notes in an early issue, more than 100 years ago, the editors refer to the readers as family, and even asked their readers:

You couldn’t get much more family than that.

These little paragraphs were perhaps best summed in this 1907 description:

“. . . a pleasing cargo of cheer and encouragement, instruction and information, news and personal greetings have brightened many a deaf mute home and made our band of fellowship closer with every fresh voyage.

So cheerful and happy are these little paragraphs that after a while, anything that hints of even the mildest discord leaps out at you:

“Mr B of Yarram Park was in town but did not stay long. He reckons that Melbourne was too fast for him.

There was occasional scolding of readers when the numbers attending Divine Service on Sundays were down. That was about as bad as it got. Yes, if you were on the Deaf Committee your attendance was expected at church.

From a writer’s point of view, these pages have a perverse attraction. Their saccharine hints of lives of pleasant white-bread wholesomeness are just a layer of proprietorship and decorum atop a subterranean cauldron of real human lives and emotions.

Nobody seriously thinks this is how everyone lives in a distinctive community. So for example (publicly) we are glad to hear that Mrs S is recovering well after her hip operation, and we hope to see her active again at our Centre. What we really think (privately), however, is that Mrs S is an annoying bossy-boots, has a personal hygiene problem, and we are so happy she hasn’t been around recently. Or that (publicly) Mr S has left to visit his people near Echuca, and we (privately) hope he stays there so we no longer have to cope with his drunkenness at social gatherings when twice he has been caught pissing in the pot plants.

Ernest Abraham was the Society’s superintendent. He was called Our Chief, principal (but there was no school), and didn’t mind if people assumed he was also a chaplain. He was like Eddie McGuire on steroids. Abraham was everywhere, on most committees going (usually as the President or the Chair), and did everything. His name appears more frequently than anyone else.

Abraham made sure that many of the major celebrations of the deaf-and-dumb community at the time centred around his critical anniversary dates: either his birthday in March; the date of his arrival in Australia, every October; and the date he first started working with the deaf and dumb in England. At a garden party in 1915, he responds to a speech in his honour by saying:

“he still looked upon the whole of the deaf as his children, and the young men and young women as ‘his own boys, his own girls’.

This unfortunate description of Deaf men and women by an immensely powerful hearing man captured one strand of the reasons that less than 15 years later, Deaf people in the eastern states rebelled and set up (or tried to set up) their own organisations. That’s a story for another time.

We would not assume that absolutely every Deaf person felt about the Deaf-and-Dumb Society in the same way. But the little newsletter gave its readers what they wanted. Just like FaceBook, these pages connected people. Just like FaceBook, they tell only a part of the complete story of the lives of Deaf men and women at the time. And probably like FaceBook, ‘Our Little World’ brought happiness and recognition to a lot of people. 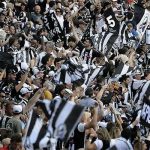