In the sci-fi horror film A Quiet Place, alien creatures with supersonic hearing slaughter humans if they make a noise. MICHAEL UNIACKE says that while the film is more about the nature of noise, deafness is an intriguing sideshow that indirectly saves the world.

WHEN THE EARLY SEQUENCES of a film reveal that one of the major characters has a cochlear implant, and later, reveals the character with a hearing aid as well, you know that deafness is going to play a part in whatever is going to happen. When the promotion of this film refers to a world in which noise is a significant threat to your very life, this sets up a poser: could this world be one in deaf people would be far better equipped to survive, than hearing people? What might this film say about a common perception of deafness?

The secret to enjoying films like ‘A Quiet Place’, with its rampaging alien predators with supersonic hearing, is to suspend belief, especially in the backstory. If noise brings out these creatures, the obvious solution would be to very quietly find a nice clearing in the woods, discreetly set up a few World War II air raid sirens, and plant a few land mines. The banshee wail of the sirens will bring out hordes of the bad guys, and all can be despatched forthwith. Even then, could reasonably intelligent creatures work it out as an obvious trap?

They may well have an innate intelligence, but that’s hard to perceive given they are typical one-dimensional cinematic-stock alien villains: large, dark, drooling, implacably evil, with fearsome teeth and an obsession with killing. A subtle, nuanced approach to life is not their strong point.

So, settling in to enjoy a good scary film, the next question becomes, why have a deaf character? It’s simple. Regan Abbott, the character played by deaf actress Millicent Simmonds, uses sign language, to be exact, ASL, or American Sign Language. ASL is the medium by which the film emphasises not so much silence as a strategic absence of noise. ASL allows efficient communication to take place. It’s an immediate advantage.

It is not clear how the hearing family members acquired ASL. The father uses ASL to convey to Regan some quite complex concepts on hearing technology. How dad got to be so good at ASL would emerge in the backstory, which is not really our concern. A family with no deaf members would be forced very quickly to develop their own system of gestures. However gestures do not form a language. Frustration with the limits of gestures could well become deadly.

IN THE WORLD OF ‘A QUIET PLACE’, not all sounds are deadly. The alien creatures appear to recognise the difference between noises made by prey, and the ambient sounds of nature. That’s why Dad, Lee, takes his son Marcus to a waterfall where they can chat in the open air. The sounds of their voices get lost in the sounds of the waterfall. At some point, the creatures must have worked out that attacking a waterfall doesn’t get you lunch; it just gets you wet. It’s an important distinction; the film’s premise becomes unworkable if any noise anywhere was evidence of something to be hunted. Furthermore, the creatures must know not to attack their own kind if they produce a noise themselves. In the film they make a racket that’s hard to describe, something between a scratching and twittering, a sensation that like everything else about them, is not pleasant.

“the creatures must have worked out that attacking a waterfall doesn’t get you lunch; it just gets you wet”

It is this distinction in noises, their kind and their volume, that drives the film and gives tension. This brings deafness into play, and it works. Deafness never is and never will be the black-and-white contrast of silence or sound. The vast range of noise includes sounds that are diffused and subtle. This correlates with my view that deafness is rarely a state of utter silence; it includes sounds of all kinds, maybe distorted, maybe mis-heard or not heard, but nonetheless deafness includes infinite degrees of sound.

What’s critical for deaf people to survive in such a world is – how much do they know that they can create sound? A good example of this is the Pepsi Superbowl advertisement from 2008, which shows two deaf men in a car using sound to find the house of their deaf friend. You can watch it here.

The deaf driver knows perfectly well that sound has an impact, and the car’s horn makes a very loud noise. Such a man would be well equipped to adapt and survive in the world of ‘A Quiet Place’. Most, but not all, deaf people would quickly learn to adapt. I could speculate that fluency in sign language could make deaf people the natural leaders of bands of survivors.

AND THEN, COMPLETELY out of left field in the film, Regan and her brother Marcus are saved when Regan’s hearing aid malfunctions. A hearing aid worn with a poorly fitting earmould, or perhaps by a user who opens their mouth wide, breaks the airtight seal between the earmould and the ear, and allows sound from the receiver to be picked up and reamplified. This causes a loop that creates high-pitched feedback, or whistling. Occasionally it’s known as an ear-fart.

Hearing-aid feedback is annoying and intrusive. Like the other kind of farting, it’s embarrassing, but from the creatures’ point-of-view, that’s the least of their problems. They react in much the same way as heavy-metal fan forced to listen to a pleasant Perry Como ballad. In other words, an advanced and aggressive alien species comes to grief because of something as sublimely ridiculous as a farting hearing aid.

The film refrains from making any judgement about deafness; that’s one reason ‘A Quiet Place’ is enticing for me. The central protagonist is quickly revealed as deaf. This leads into the use of sign language as a natural consequence, which soon establishes the immense advantage of sign language in a world in which sounds are deadly. Deafness is there; it’s neither a good nor bad thing, and the characters use it as best they can.

While ‘A Quiet Place’ takes advantage of the quirks afforded by deafness and its technology, it doesn’t give any particular insights. Its main purpose was to entertain by telling a good story with a highly novel twist. Its benefit lies in what it inadvertently reveals as it takes advantage of the use of sign language and hearing aid technology in telling its story. And I doubt I will ever look upon hearing-aid feedback in quite the same way again. 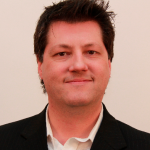 The late Ben Souter stood at the intersection of the Deaf community and Auslan interpreters I knew Ben, not well, but well enough. I would … END_OF_DOCUMENT_TOKEN_TO_BE_REPLACED