DEAFNESS IS THE JOKER in the disability pack. If deafness is anyone with any kind of loss of hearing, then there is a significant division between those who know and use Auslan, and those who don’t. This division is the use of a highly visible language and a distinct sense of community. If you separate out the tiny number of Deaf Australians who use Auslan – maybe 15,000 – from the literally, millions, who are hearing impaired and who neither know nor use Auslan, you have a standout example of the power of visibility in deafness. If this division in deafness reflects a similar division in wider disability, then we may have a case for the need to recalibrate and redefine what we mean when we talk about disability.

Hearing impairment, which for our purposes excludes the use of sign language, is long touted as invisible. Yet Auslan renders deafness highly visible. It’s difficult to spot a hearing-impaired person taking advantage of a hearing loop at an event or a meeting. At that same meeting, however, an Auslan interpreter is extremely conspicuous.

In the context of disability, it’s not just at meetings. In the sports arena, no Deaf athlete competes in the Paralympics. The equivalent Deaf event, the Deaflympics, has been held continuously since 1924. Of all international multi-sporting events, only the traditional summer Olympics has been running for longer. The Deaflympics were founded for cultural reasons, not as a cure, and not for charity.

The use of sign language is the critical marker that sets Deaf people apart in the disability pantheon.

Auslan is the reason Deaf people ask whether they really belong to “disability” in spite of State and Federal anti-discrimination legislation that says they do. No other disability category has its own language.
Ownership of a language is a significant indicator of a distinctive community. It’s an immensely powerful yet hidden influence lurking in the background of the service organisations linked to the Deaf community, and to those with hearing impairments. Using the Australian state of Victoria as an example, the major organisation for the hearing impaired is the state branch of Better Hearing Australia. This began in 1932 as the Victorian Lip Readers’ Club. Eventually this self-help group became the Australian Association for Better Hearing, and then, Better Hearing Australia (BHA).

In contrast, by 1932, the major organisation for the Deaf community, then known as Adult Deaf and Dumb Society of Victoria, was in its 48th year. Its annual report for 1932 reveals a net value of its Jolimont property of £15,530, plus its Blackburn Home and Farm, valued with improvements at £11,437. I won’t try to convert that into 2018 Australian dollars, but it’s a lot. We could assume that at the same time, the assets of the Victorian Lip Readers’ Club amounted to a few shillings in cash collected from its members. Even now, a quick comparison of the annual reports of VicDeaf, and the Victorian branch of BHA, reveals an astonishing gap in wealth.

The reason is obvious. It’s easy to identify those who use sign language. They naturally gravitate to one another, as the only people with whom they can communicate effectively. As a group, their high visibility drew the attention of 19th century churches and charitable missions. It was easy to understand how these organisations not only sought to help those “doubly afflicted” (neither hearing nor speaking, and a common expression at the time), but also assumed they needed help.

Those with hearing impairment have usually remained hidden, are generally forgotten, often isolated, and often in denial. Who can blame them? Hearing aid marketing, for example, emphasises the sheer invisibility of the one device that sets apart the hearing impaired from the hearing. So pervasive and insistent is the advertising push on the invisibility of hearing aids that in some cases, the advertising copy might as well be talking about haemorrhoid cream. After all, no-one will ever know. So what’s the point of even talking about it, let alone seeking out others like oneself?

In terms of numbers, the hearing-impaired population is a whale, while the Deaf community is a tadpole. In terms of public funding, political influence, and public perception and recognition however, the metaphors are reversed: the Deaf community is a lion, while the hearing impaired are merely fleas. That is the power of visibility, in this case, the power of a visible language.

IN DISABILITY POLITICS, visibility is everything. If you are making a point or publicising an issue, it needs to be clear what is driving you. If you are in a wheelchair, excellent. You can talk about disability to a television presenter or as part of a panel, and everyone will get you. Films and photographs of you will make disability bleeding obvious. Disability activists don’t always recognise this. Those with high exposure run the risk that their activism ends up being funnelled into their own brand of disability, inevitably, a form of physical disability.

Dylan Alcott, for example talks widely about disability. As a high-profile champion wheelchair basketballer and wheelchair tennis player, of course he will. However it’s hard to avoid a perception that when he says disability, he really means people like himself – with a physical disability, or in a wheelchair, or both. Following Alcott’s win in the 2018 Australian Open quad wheelchair tennis singles, his interview on the news program 7:30 Report covered his work in a disability consultancy. There was one passing mention of captions for the hearing impaired, but overwhelmingly his focus was on physical disability. That’s understandable, and probably not the complete story; it’s hard to judge from a few minutes of television time. We are usually driven by what we know, and by what we think we know.

I suspect the late Stella Young understood this. One of her most influential pieces, “I am not your inspiration”, which you can watch here

was a rare example of astute disability insight that could be described as truly pan-disability – it applied to everyone with a disability. Yet her high in-your-face profile meant that from the point of view of the fascinated media and her numerous fans, her perceptive insights into disability would be framed in terms of physical disability, one in which a wheelchair was an emphatic part of who she was. There was not much she could do about that, and that perception percolated out to the world.

So in the recent commemorative event to celebrate what would have been Young’s birthday, “dance like no one is watching”, the coverage revealed people with obvious physical disability. It begged the question: why would hearing-impaired people bother turning up? Why would those with mental illness, with epilepsy, with brain injury – why would they bother turning up? Why would vast numbers of people who looked wholly normal bother turning up, even though they met all the present definitions of disability, just the same as high-profile disability activists?

When legislation to enact Australia’s National Disability Insurance Scheme (NDIS) was passed in 2013, then-Prime Minister Julia Gillard appeared in media with groups of children in wheelchairs. Under the usual definition of disability, she could equally have well been filmed enjoying a cup of tea with the older women of Better Hearing Australia. Assuming those women were all under 65 years of age, they would be eligible for an NDIS plan and funding. But of course Gillard didn’t. Again, that’s understandable. It reflected the populist truth of media exposure: disability only really counts when it looks like what we think disability is meant to look like.

THE MOST SIGNIFICANT POINT of departure between obvious and invisible disability is disclosure.

Those with invisible disability have something that those with obvious disability do not: they can choose whether or not to reveal disability. People with mental illness face this dilemma repeatedly, and sometimes in stressful situations, for example at a job interview. Should I disclose, for example, that I do sometimes have psychotic episodes? It does not stop there. Think for a moment about the cascading layers of this question. If I disclose my mental illness, when should I do so? At the interview? Early on or halfway through? Afterwards? How should I disclose? By a careful letter? To whom should I write such a letter? Should I take a deep breath and just blurt it out to someone I hope I can trust? Should I not disclose and hope for the best?

If the ability to disclose is the pivotal point for a revised definition of disability, this would apply to the hearing impaired, while Deaf people would remain as “disabled”. It’s hard to imagine the Deaf community being satisfied with that. Asked, where do you belong, Deaf people may well look in the direction of language, and maybe even towards ethnicity. That’s a consideration for another time.

DISABILITY HAS A VAST DIVERSITY, but those with obvious disability capture the lion’s share of public recognition. The net effect is to push people with invisible disabilities to the distant margins of disability politics, where their voice is drowned out by the visible, the loud and the proud. Yes, disability politics needs those who are loud and proud, and I am the first to cheer them. Equally, I try to look at the wider picture, one that reveals the breathtaking diversity of disability. I try to look at what confronts those whose disability is subtle, those who are rarely heard, those who are far lesser known, and those who are marginalised; all those who deserve no less than their share of the public awareness and knowledge generated by the visible. As we can see within deafness, the power and influence of visibility is considerable.

In future blogs I will continue to explore the idea of a new definition of disability that takes into account the ability to disclose. 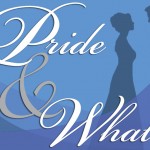 In the Regency days of the 19th century, on the lawns at the Longbourne estate in England, 5-year-old Lizzie Bennet was prancing about when she … END_OF_DOCUMENT_TOKEN_TO_BE_REPLACED