I used to avoid parent-teacher evenings at my daughter’s school. They always took place in the gym, a pandemonium of a hundred clashing and echoing voices. I could have asked for the interviews in a private room and taken the chance that maybe I could still follow voices, which inevitably danced just beyond reach of my hearing aid. But I did not, largely because I took a pragmatic view. At the time we lived in the country, where interpreters were scarce. And besides, my hearing partner, Shirl, was a former teacher and most capable in matters educational.

Mattie, my daughter, is a passionate actor and was a dedicated school student. For her last two years of schooling, we moved from Castlemaine to Melbourne, and enrolled her in a school in Hawthorn, one with a strong performing arts program. At 16, she seemed to thrive, but these were the crucial years of schooling. So when parent-teacher night came around again, this time, I asked the school to provide an Auslan interpreter for me. The school agreed immediately. And that was how Kirri came and sat with us.

My native language is English; Auslan, or Australian Sign Language, is my third language. I retain some French from school, but I am far more fluent in Auslan than French. I began to absorb sign language after I finished school. This was the time I commenced to make my own discoveries about deafness and Deaf people. Eventually I worked in places where I used sign language every working day.

I try not to count the number of meetings I have attended in my working life. Until about ten years ago they were generally opportunities to have a short rest, to day dream, and to hone the art of appearing to pay attention. Then I attended an AGM of a disability employment group in Bendigo in Central Victoria. I went there for form’s sake, to put in an appearance, but that changed when I realised they had an interpreter there, Andrea.

That AGM was a revelation. I have forgotten the nature of the business that was transacted. But I remember it well because thanks to Andrea, I could make a certain sense of the proceedings. Where most AGMs are concerned, this time I knew why it was boring. I coped with a new sensation: being plausibly bored was a lot better than being guiltily bored.

In the acoustic maelstrom of hearing people, Auslan interpreters resemble linguistic guardian angels. Interpreters carve meaning out of air. Interpreters give speech a three-dimensional fullness that contrasts with the flat, discordant burbling of words and voices that make no sense. Using interpreters boosts my fluency in Auslan, which is becoming my bilingual investment as the moderate hearing I was born with dwindles to nothing.

And thus, Kirri interpreted for me at this parent-teacher evening. As I often do, I went through with her a quick list of the educational terms and expressions we were likely to expect. Then Mattie’s English teacher came in, and we started. With her and with all the teachers, I watched Kirri, asked questions, made comments. I laughed with Mattie, with Shirl, and the teachers.

At the end of the interviews we sat around, in a pleasant pause. Mattie was glowing. She always had a pretty good academic record, and she was maintaining it for her new school. Kirri signed to me, INTERVIEWS FINISH? YES? WILL-GO. I replied, YES FINISH THANK-YOU. She smiled at us all, gathered her bag, signed and said good-bye, and made her way out.

Many years later I asked Mattie if she could remember that hug. She could. She said she was so used to seeing her Dad as a silent and passive presence at the fringes of groups of people. But at that parent-teacher night, Kirri had made it all different.

That was true, and I have no doubt there were other reasons, too. But there is one thing I do know about Mattie’s hug: to all Auslan interpreters, whoever you are and where-ever you work, that hug was for you. 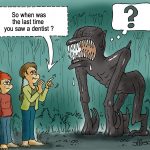 In the sci-fi horror film A Quiet Place, alien creatures with supersonic hearing slaughter humans if they make a noise. MICHAEL UNIACKE says that … END_OF_DOCUMENT_TOKEN_TO_BE_REPLACED