I watched a DVD of the Swedish detective series Wallander  just recently. This steers a satisfying middle ground between gung-ho American shoot-em-ups and the British genteelism of Midsomer. The Swedish series naturally has the actors speaking in Swedish, and obligingly, the subtitles make all the difference.

As usual, I rejoiced in the subtitles. It would be particularly nice if they were to show sound effects, as well as dialogue, but well, we cannot score every time. Then I watched an episode called The Photographer. Here, the good guys were investigating the death of an American woman. Her husband was an American, and came on. That was fine, except . . . except . . .

Every time he appeared in a scene, he spoke English. The Swedish actors helped him out by switching to English. And of course, the subtitles vanished. And as soon as the American slipped out, they all reverted to Swedish. And the subtitles magically appeared again.

The effect on me was like driving a car when the engine suddenly cuts out. What’s happening? Will I get to the end? Or to look at it another way, imagine you are reading this pleasantly enough, when the language plötsligt ändras till svenska. Det påverkar forstås inte läsare som kan svenska. Men for engelska läsare försvinner forståelsen. Vad sa de? Vad ar det som händer? Vad kommer att hända sedan?

It was obvious I was using the subtitles for a different reason. That did not change my sense that these subtitles failed me at crucial moments in this episode. As it turned out, the American was the chief bad guy, for reasons which are still unclear.

We are back to the assumptions inherent in captioning. Are they for translation, or are they for access?

Up until recently they had only one purpose. Translation is itself a form of access, but the assumptions limit its range. Captions used for access are not restricted this way, and make no assumptions about the languages used by viewers. They include sound effects, and good captions make clear the audio environment. Subtitles produced with translation in mind have not yet caught up with the demand for access.

Thank you, RS and HL, for your assistance 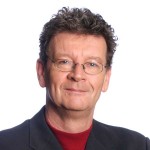 If Red Symons’ reply to Deaf Victoria’s complaints about comments on interpreters on television is anything to go by, there’s just a little more … END_OF_DOCUMENT_TOKEN_TO_BE_REPLACED