This is the first of 15 short episodes of Not the News, a segment in the No Limits television program produced by Grit Media and presented on Channel 31 in Melbourne, Australia. All episodes are captioned.

Not the News is an irreverent take on disability politics, government policy, disability funding and disability self-help groups. Occasionally it goes beyond the Earth, and has a special affection for the Orcs of Middle Earth. It draws inspiration from collision between Monty Python and Yes Minister.

The producers and volunteers at Grit Media were terrific people to work with. I’m just sorry I never really learnt to sit still.

In this episode’s news items, the government announces the Commissioner for Invisible Disabilities, the United Nations rejects a request for changing the year to have 156 weeks, disability groups must write essays to gain funding, and the new disability rock group INAXS starts winning awards. 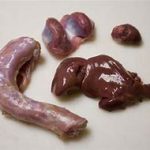 The online insults anonymous keyboard warriors hurl at Deaf people are not really about deafness. If you are reading this now, hands up if you think … END_OF_DOCUMENT_TOKEN_TO_BE_REPLACED