Queensland deaf educator Dimity Dornan has described deafness as a scourge that can be eradicated, like polio. Why do these sorts of comments continue to be made?

Almost like the polio epidemic of some decades ago, Queensland business-woman Dr Dimity Dornan’s alleged comparison of deafness with polio has erupted around the country. She is reported to have said that deafness was a scourge that can be eradicated and consigned to history, like polio. This alleged comment is spookily similar to another made a quarter of a century ago. In 1987, Dr Terry Hambrecht, an American rehabilitation expert, declared that the purpose of research into the cochlear implant was to eradicate deafness “in the same way that diseases such as smallpox had been controlled”.

Smallpox? Polio? Take your pick. Dornan’s alleged comment has a bone-wearying here-we-go-again quality to it. Deaf people have a language, a culture, a history and a strong sense of community. Linking deafness with a physical illness is a shopworn cliché. But prominent educationalists, medical specialists and the occasional politician have been chirping this particular song for more than a century. It probably started in 1880 when an overexcited correspondent for the London Times declared that deafness was “abolished”. Why? Because a congress of European educators of the deaf at the time had just voted to do away with sign language and try to teach all deaf children to speak. This approach, an ideology called oralism, is precisely what Dornan pursues.

The difference now is that media- and tech-savvy deaf people are swiftly hitting back at comments they find offensive. In The Age report on 14/10, Dornan back-pedalled. She said, “deaf children will always be deaf and they should be proud of that”. Until that moment, Dornan had at least maintained a consistent line in her firm belief that all deaf children should learn to speak. But this gentle nod to deaf children was so out of character. It was as if Australia’s premier meat lover, Sam Kekovich, suddenly announced that vegetarians were nice people and should be proud they don’t eat meat.

It also sits uneasily with Dornan’s comment in 2010 when she accepted the award for Queenslander of the Year. She declared: “I stand here to represent all the children who are deaf, and all who haven’t been born yet who are deaf”. And to make sure you got her message, she added the messianic declaration: “Deaf is not deaf anymore”.

Dornan claimed it was in reference to polio that she used the word “scourge”, and her numerous defenders point out she was not referring to deaf people themselves. No doubt Dornan herself would concur. Unfortunately she has now linked the word with deafness, and her zero insight into how deaf people see themselves has not helped. It was like describing black skin as a scourge, and then being surprised when indigenous Australians take offence.

This furore is the latest in a controversy that is still going strong after more than a century. It is really about who defines deafness, how it is defined, and who decides what it means to be deaf. The common thread in pronouncements like Dornan’s is that they are made by hearing ideologues who view the panorama of deafness through a pinhole camera. Medical specialists see deaf people as medical cases presenting in clinics, surgeries and consulting rooms. Educationalists like Dornan see deaf people as helpless children and deal with their confused and vulnerable hearing parents. Can such influential people claim to know any deaf person simply as a friend? Or even as an adult, and treat him or her on equal terms, as they would anyone else?

One of the many reasons this controversy endures is because deafness remains an unknown attribute of what it means to be human, and a reason for that is deaf people are yet to tell their stories. There are almost no writers, artists, or film makers, deaf or hearing, who have brought to the world the deaf experience, and I do not refer to dime-a-dozen stories of the “conquest” of deafness, which position the deaf as an inferior species of the hearing.

The real stories that are yet to emerge are about how untold millions of deaf and hearing-impaired people negotiate a world that is mostly indifferent to the nuances and paradoxes of deafness. Some do this very well, some get by, and some don’t. But many develop an array of skills, sets of attitudes and a certain rat-cunning, such that deafness becomes something quite different to the canon of oralism, that at all times it is a disability that must be conquered. These stories and these attributes are incomprehensible to the Dimity Dornans of this world.

Now that polio has been anointed the latest comparator du jour of deafness, it is fitting to leave the final word to someone who actually had polio, and so used a wheelchair. The late Elizabeth Hastings also happened to be Australia’s first disability discrimination commissioner. In a speech in Adelaide in 1997, she said of herself: “disability is not always convenient, attractive or desirable, but . . . it is my life and I have absolutely no wish for it to be otherwise”. Hastings acknowledged that not all people with disabilities shared her attitude, but she insisted that many “do not wish to be altered, cured or transformed”. She was clear in what she wanted – equal access to everything the community had to offer.

This was a provocative comment from someone in the most emphatic symbol of disability there is – a wheelchair. Lack of interest in a cure and questions about traditional forms of disability are unsettling, but will not go away. Until ideologues like Dimity Dornan are prepared to listen to deaf people, they will remain as the ones constrained and restricted, just as iron calipers once did to the limbs of children with polio.

This article appeared in ‘Online Opinion’ in October 2011 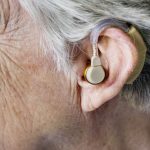 For the first time in more than 130 years, the major organisation for deaf people in Victoria, Australia, will not have the word ‘deaf’ in its title. … END_OF_DOCUMENT_TOKEN_TO_BE_REPLACED